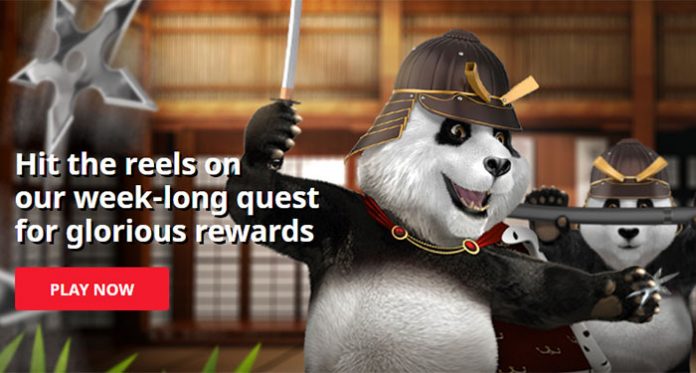 Grab your victorious shield with free spins every day on some epic games during Royal Panda’s Quest of the Phoenix Promotion, from 30 March to 5 April.

Grab your victorious shield and set off on your personal Quest of the Phoenix challenge at Royal Panda Casino. Royal Panda is celebrating the bravery and honor of the reflective historical century old journeys and traditions and is challenging players to find their strength and courage as they gather and spin the reels of some epic slots while claiming rightfully rewards.

What’s at stake for the glorious challenge? Play Royal Panda’s featured slot each day of the promotion, wager at least $25 on the game and Royal Panda will reward 30 free spins for the brave pursuit.

As soon as $25 is wagered on the corresponding day and slot, the spins will be credited instantly, just reload the game and the spins will be credited. All free spins have a 35x wagering before winnings are transferred to cash balances. Maximum be allowed on games with free spins winnings, before wagering is met, is $7.00. Conquer new horizons with Royal Panda Casino this week, claim your victorious spins today!