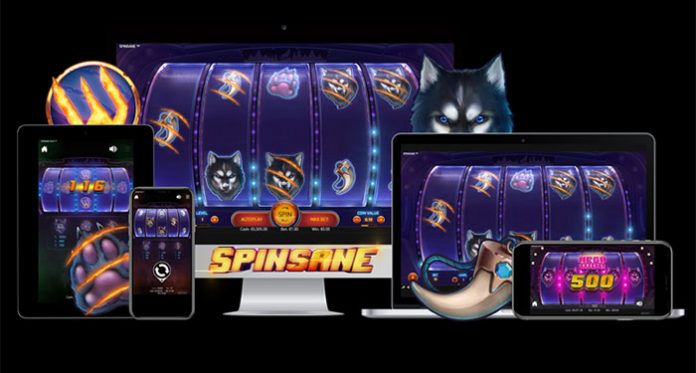 Net Entertainment released its next high-energy slot game titled Spinsane. Spinsane is considered a production studio game with big payout potential and a land-based feel. The game offers nonstop excitement and entertainment across its 5-reels, 3-rowsa nd 27 paylines. It is based or themed around the classic stepper mechanics that boosts the suspense and intensity with every spin with the possibility to unlock wilds, super symbols, scatters and blank spaces.

Every winning bet line comes with super symbols that can and will substitute for all regular symbols if they are the same to create a winning combination. When the super symbol appears, it will automatically look to create the highest winning combinations. Spinsane also features a free spins bonus that when triggered a random Overlay Wild Reel will appear for each of the free spins.

Spinsane is an insane slot! Bryan Upton, Director of Games for NetEnt agrees! He spoke on the release saying, “Spinsane is built to be simple with big pay-out potential, but with multiple features to tease and thrill it’s also designed to entertain. With wins up to 9000 times your stake it will appeal to fans of high variance and land based mechanical slots alike. Something quite new to our portfolio and very exciting release for NetEnt.”

New players will receive a 100% Deposit Bonus when you make your first deposit at Leo Vegas. Deposit £10 or more and Leo Vegas will match your deposit with a bonus of up to £300.