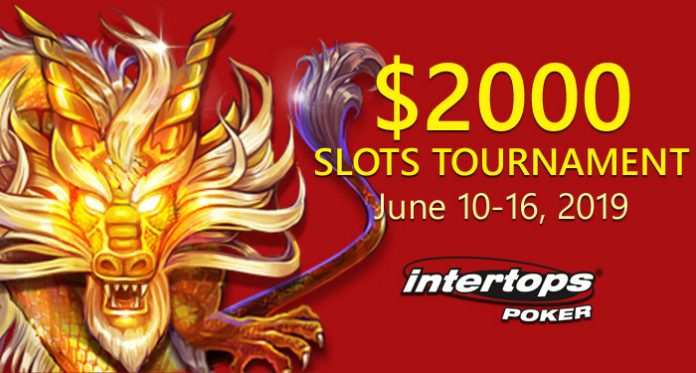 Playing 4 Seasons, Dragon Kings, Fa-Fa Twins and Great 88 June 10th – 16th, players will automatically earn tournament points that could win them up to $400 in prize money. 16 players with the most points will win a total of $2000 in prizes.

“We have so many games now – tournaments encourage players to try games they might not even know we have!” said Intertops Poker’s casino manager. “This month, we’re taking players to the Far East with four amazing Chinese games.”

Drawing on Chinese folklore, Dragon Kings features four mythical dragons that once controlled the seas. From instant prizes to duplicating wilds, each has its own unique power that can turn the tide of the game in an instant.

Fa-Fa Twins has two adorable twin sisters and Betsoft’s unique Dual Reels feature. Symbols on random reels synchronize, unlocking the possibility for huge wins. When all 5 reels synchronize there can be massive pay-outs.

In 4 Seasons, the ancient Chinese zodiac guides players along the path to riches. Every 30 spins, a symbol turns Golden and multiplies wins 10X.

The tournament games are available under the Betsoft tab in the download or mobile-friendly instant-play casino. Players earn one point for every spin (min. fifty cents). Prizes must be rolled over at least once in order to be withdrawn.

In addition to their popular poker rooms, Intertops Poker has a huge selection of slots and table games from three games providers. They welcome players from all over the world.

Spin Your Way to Win with Texas Destiny at CryptoSlots Casino

Siege a Castle of Wins and Bonuses at Slotland Casino

Only A Matter of Time For Online Gambling in the US