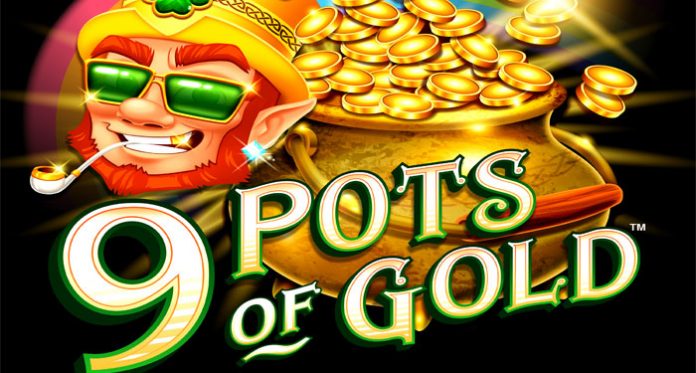 ISLE OF MAN – Microgaming and their network of independent studios and content partners reveals its line-up of premium titles for March 2020.

This month casino players can look forward to Microgaming’s huge selection of content offering with a variety of feature-rich games. The new lineup will host a variety of popular themes, including Irish and retro-infused styles. New games will feature a highly entertaining mechanics to bring immersive gameplay experiences.

Attack on Retro™, has been developed exclusively by Triple Edge Studios. This bright and vibrant retro-themed online slot, is now available exclusively to Microgaming operators. The game takes players on a journey of intrigue through a futuristic retro city. Players are introduced to two stylish cyberpunk heroes, Billy and Jesse. Join them on a mission to defend the city against robot attacks.

Attack on Retro™ is an 80s nostalgia slot with tremendous win potential of up to 5,000x. Play this five-by-three reel, 10 payline slot brimming with neon laser effects, high-tech gadgets, including stacked and random wilds. Infused with vintage techno sounds and 80s synthwave music, Attack on Retro™ is set to create an upbeat and high energy gameplay experience.

Developed exclusively by Gameburger Studios, the creators of 9 Masks of Fire™ and Break da Bank Again Respin slots, brings you 9 Pots of Gold™. This new slot is a delight and charm that launches on March 10th, ahead of St. Patricks Day. Filled with a host of treasures, including Pot Pays, free spins and a glowing Free Spin Wheel. 9 Pots of Gold is an Irish themed, five-by-three reel, 20 payline slot inviting players to explore the magical world of the leprechauns.

Switch Studios is set to introduce their latest blackjack title this month, Classic Blackjack: Six Deck. The new blackjack variant will launch exclusively to Microgaming customers in Spain on 5 March.

Prepare for a magic world like no other in Treasure Skyland™. This new slot developed by Just For The Win is exclusive to Microgaming customers. Set among the clouds in a secret place with floating islands and mighty views, three pirate monkeys are on the hunt for treasure in the form of yellow gold bananas!

Rabcat is set to take players on two new adventures this month with Treasure Heroes™ on March 5th.

FanDuel’s Pull Out of the UK Market May Be a Temporary...