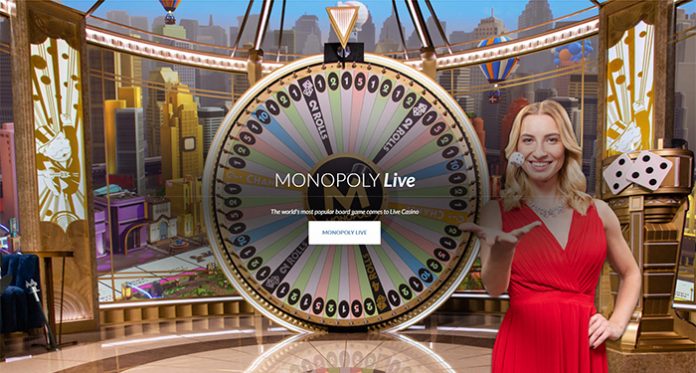 Evolution Gaming announced the launch of its exclusive and innovating MONOPOLY Live game this week. The unique game was created under a sublicense with Scientific Games and a partnership with Hasbro Inc.

Evolution unveiled the game at ICE 2019 back in February. MONOPOLY Live is an edition to Evolution’s Dream Catcher money wheel and is a great addition to the Live Casino.

The game offers tons of extra special features such as multiplying wins, 3D bonus features and 3D graphics that capture all the beloved elements of Mr. Monopoly. Evolution said the creation and release of MONOPOLY Live is a break through for the company and the gaming industry and it definitely “redefines Live Casino Entertainment”.

Evolution’s Chief Executive Officer thank Hasbro for the partnership and license agreement to create such an innovative live casino game. He added, “MONOPOLY Live is a very exciting launch for Evolution and its licensees. It is the epitome of the highly visual and entertaining games in our fast-growing Game Shows category. This is a landmark moment for Evolution — to launch a Live Casino version of such an iconic and well-loved game in association with Scientific Games and Hasbro.”