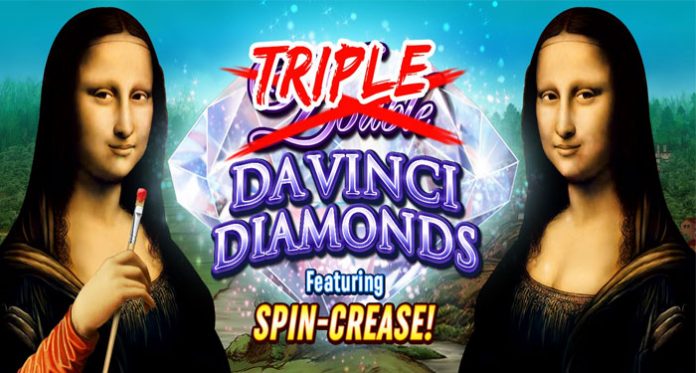 High 5 Games revealed its latest slot addition to its platform. Triple Double Da Vinci Diamonds is the new slot that adds to the excitement of the popular Da Vinci Diamonds series of games already being enjoyed. Triple Double offers the great features the other games in the series does as well as newly added features such as the new spin-crease feature. High 5 officially launched the new game exclusively to GVC Holdings, and after a successful launch they decided to make it available globally and integrate it onto their platform so all other operators and players can enjoy.

Triple Double Da Vinci Diamonds is a 5×3 reel slot offering 40 paylines, tumbling reels, triple symbols, split symbols and tons of fixed payouts. The spin-crease feature is a new element the New York developer created for the allowance of increasing winning potential. This unique feature unlocks more valuable symbols when the bet increases. A spin-crease feature meter is displayed on the left side of the reels to keep a close on the potential. All total wagers are calculated across all sessions whether you play a few spins, launch a different slot then come back.