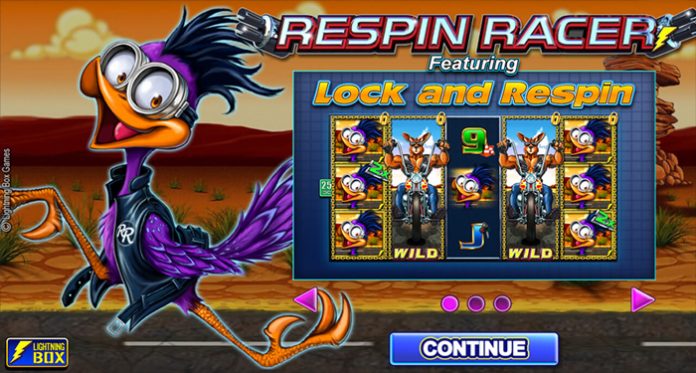 Respin Racer boasts a new slot experience with its opportunity to unlock huge winning possibilities with every spin. The expanding wild in the game is the kangaroo and is the highest paying symbol in the game. The intriguing bonus feature offered in the game is the Re-spin bonus. This bonus feature can be triggered when one of the six spaces on the reels contain a golden element. Once the feature is triggered the area on the reels that triggered the bonus will turn into road runner symbols. The goal is to land as many wilds as you can. One wild multiplies the win x9, so spinning more than one can lead to massive wins.

Lightning Box’ CEO and Co-founder, Peter Causley commented on the release of the new game saying he hopes players are ready to get strapped in as they race around the reels for heart pumping wins. Causley added that the bonus feature was designed to make sure “players keep their pedal to the metal” with every spin.