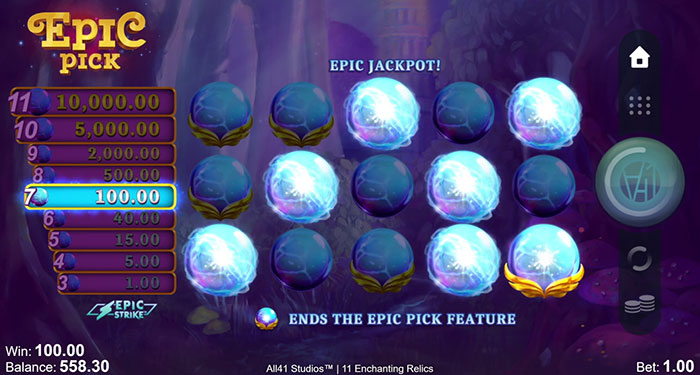 ISLE OF MAN, 05 November 2021 – Microgaming is set to add a sparkling host of exclusive studio and partner releases in November.

Shining brightly on the Microgaming platform is Hyper Star™ (23 November), the latest dazzling release in Gameburger Studios’ ‘Hyper’ series. With a taste of classic Vegas, this 5×3 slot game featuring 243 ways to win takes players for a night out on the town, complete with massive jackpots, big win potential and enthralling club beats! Rolling Reels™ with increasing multipliers drives the action in the base game, which can be amplified up to a massive 15x in free spins, while the game’s Star collect feature sparkles throughout and can randomly trigger a jackpot wheel. With a maximum 7,343x the bet to take home on a single spin, and a fixed jackpot of up to 5,000x bet, Hyper Star™ is set to light up the night.

Players can enjoy a feathered frenzy with Lucky Clucks™ (4 November) developed by Crazy Tooth Studio. Featuring win boosting BIG BuildUp™ action, chickens will lay eggs that hatch into wilds and multipliers at random, with special corn feeding the Mother Hen Prize that can also be awarded to players when triggered. The fun continues in the Raise The Roof Bonus when three or more scatter symbols trigger the feature packed with expanding reels as the farmyard flock help increase the number of ways with each spin and drop sticky wild symbols on the reels. 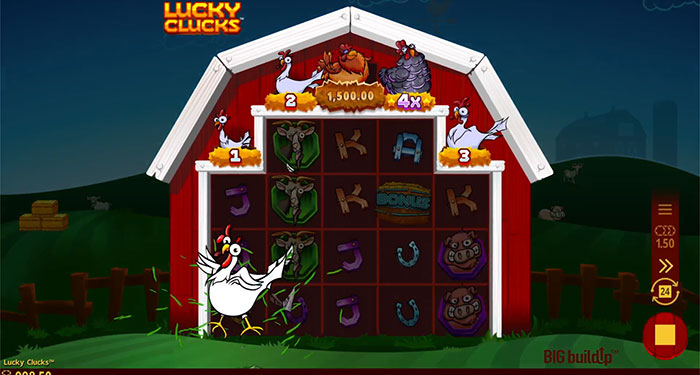 Players can also get their backpacks ready for a wild Alaskan adventure with Kodiak Kingdom from Just For The Win (16 November), where they’ll come face-to-face with Alaskan cougars, golden eagles, caribou, trout and the almighty Kodiak bear on their trek up the infamous multiplier mountain. Following in the footsteps of the studios’ Silverback: Multiplier Mountain slot, the game delivers a dynamic 4,096 ways to win experience. Upping the action is a high-potential multiplier wild and a multitude of multipliers and retriggers in free spins, along with massive win potential peaking at 25,000x the bet! 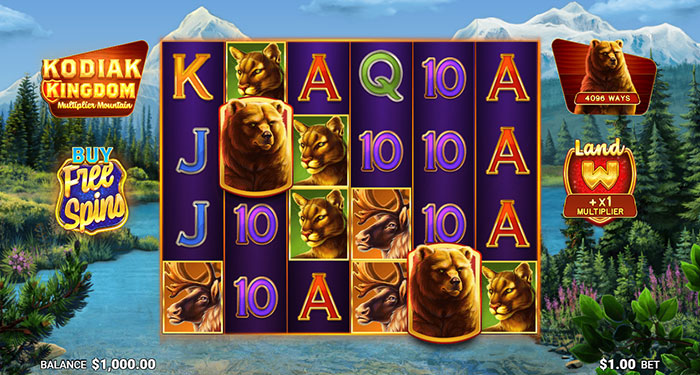 Sticking to the North American wilderness, SpinPlay Games are set for a Western escapade with Mustang Riches (9 November), bringing to life coyotes, eagles and rattlesnakes, alongside the studio’s new BlazingWays™ features. Players can collect coins along their journey, expanding the reel set and increasing ways up to a maximum 7,776! Expanding wilds on reels two, three and four reveal the beauty of the unbridled Wild West, unleashing wins of over 7,000x the bet. Meanwhile, landing lucky horseshoes allows players to plot their own path the free spins victory, choosing between the number of free spins and starting BlazingWays™ 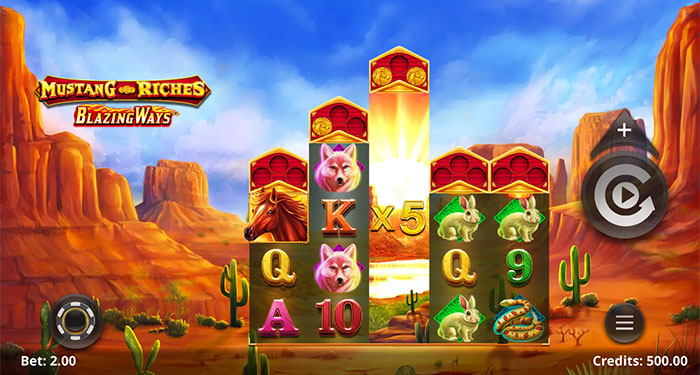 Casting a spell at the end of the month is 11 Enchanting Relics from All41 Studios (30 November), and features the EpicStrike™ mechanic, Epic Pick and free spins with extra wild symbols. 11 Enchanting Relics is the first magical slot to showcase eleven tiers in EpicStrike™. Epic Pick, triggered by landing the enchanting relic symbol, invites players unveil glowing orb symbols and gives them the chance to win up to 10,000x their bet through the EpicStrike™ feature.

Gameburger Studios enhances their last decadent foray into the Playboy® brand with Playboy® Fortunes™ HyperSpins™ (18 November), adding the acclaimed HyperSpins™ respin feature to give a more immersive experience to players that loved the original while also adding another layer of excitement. Re-spinning individual reels at a cost opens up the opportunity for bigger wins or feature triggers, including free spins with multipliers.

God of Seas: Triton’s Fortune (2 November) from Foxium waded into Microgaming’s waters at the start of the month. Free spins and the randomly-triggered Triton’s Fortune feature in this underwater adventure

Journey through La Racha in Bingote (11 November) in a new video bingo from Neko Games inspired by Don Quixote de La Mancha. Players can win up to 5,000x their bet in Bingote Jackpots, and during Diamantea’s Castle Bonus they can win up to 1646x by collecting as many prizes as possible.

Next up from Real Dealer Studios is Real Roulette con Tomas (2 November) presented entirely in Spanish and joins their roster of Hollywood-style luxury gaming experiences.

There are also a number of games going live on Microgaming’s platform from their aggregation partners, including B Jones in Session (2 November) from MGA, an intergalactic adventure from Eyecon with AstroBoomers Turbo (11 November) and a golden slot from Gamevy in the form of Bonsai Spins (3 November).

The curious case of the legal complaint against Evolution