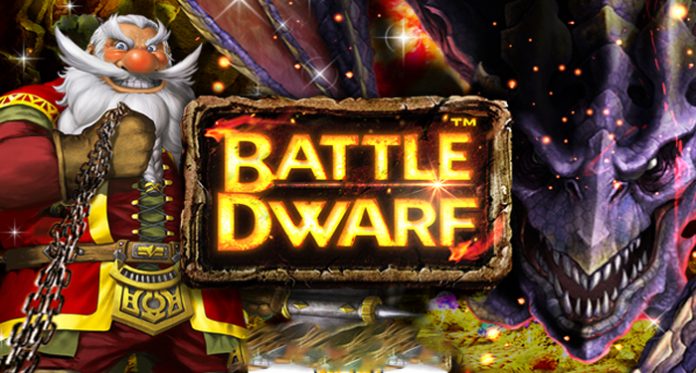 Oryx Gaming announced the launch of their latest creation on their own take of dragon legends and trolls with the Battle Dwarf slot. Battle Dwarf is the finished product from Oryx’s RGS portfolio branded Golden Hero together with JTG Studios. The new game is the second title in the providers catalog with JTG Studios.

Battle Dwarf brings the Japanese pachislot experience with its 3-reels, 5 fixed paylines. The slot isn’t your traditional slot it boasts an arcade-style battle game. The theme of the game takes players deep into the mines to discover jewels and battling the fierce dragons while unlocking special bonus features. With Battle Dwarf being considered a pachislot, certain symbols lock onto the reels while the battle between the fiery dragons and dwarf commence. The Treasure Rush feature triggers when there is victory against the dragons. Free spins will be won with the chance to re-trigger the feature receiving an additional 30 free games.

Another cool feature is the Elf Bonus. This bonus can be randomly triggered during the main game with the potential to win up to 300x your bet and the chance to unlock another great feature, the Battle Feature. Battle Dwarf offers tons of potential to land some massive wins as well as triggering all bonus features frequently.