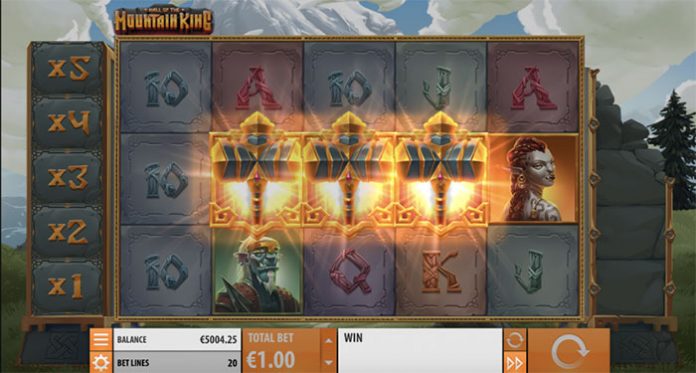 Quickspin, a Playtech group company announced the release of their latest slot title, Hall of the Mountain King.

The slot specialist announced the upcoming release earlier last month and followed through with its promise. Hall of the Mountain King combines the Nordic folklore along with volatile game play, new game features and the chance to win up to 7000x your bet.

Quickspin was inspired by ‘In the Hall of the Mountain King’, a classical and famous music piece by Edvard Grieg when they created the new game. The new slot boasts tons of exciting and unique features such vas multiplying wins of up to 15x during the free spins bonus game and a 3 stage bonus feature that offers the potential of progressing through different levels and increased payouts.

Quickspin says the big highlight of the game are the two bonus features. With both promising huge wins, and frequent triggers, Hall of the Mountain King is the perfect game for the ultimate gaming experience and extended game play.