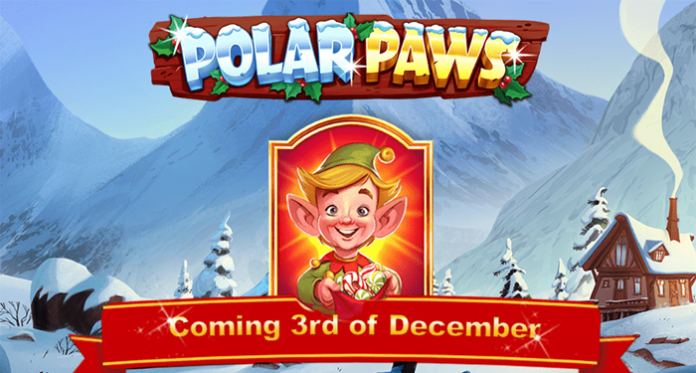 Polar Paws from Quickspin is a new slot based on the hit game Goldilocks, Featuring a Magical Winter Wonderland, Cute Polar Bears, and a Generous Elf

It’s not too early to start thinking about the Christmas and Holiday themed slots. Quickspin released a sneak peek at their first holiday season themed slot this week titled Polar Paws. The highly anticipated video slot is scheduled to be released the first week in December, a week earlier than the original release date.

Polar Paws is based on Quickspin’s smash hit from 2012, Goldilocks. The game will boast a 97.3% RTP as well as a storyline that takes players on a magical winter wonderland adventure where polar bears and elves help along the way. The cute polar bears and the elves throw sweet treats around while getting you in the Christmas spirit before Santa Clause has the chance to leave the North Pole.

Polar Paws is a fun-filled, cute slot that combines Quickspin’s popular slot mechanics such as multiplier wilds, wilds, free spins and more with the happy holiday theme. The free spins bonus offers not only free games, but gives the polar bears the opportunity to turn wild with a Elf progress scatter feature. This innovative feature transforms polar bear symbols into additional wilds for the duration of the free spins.