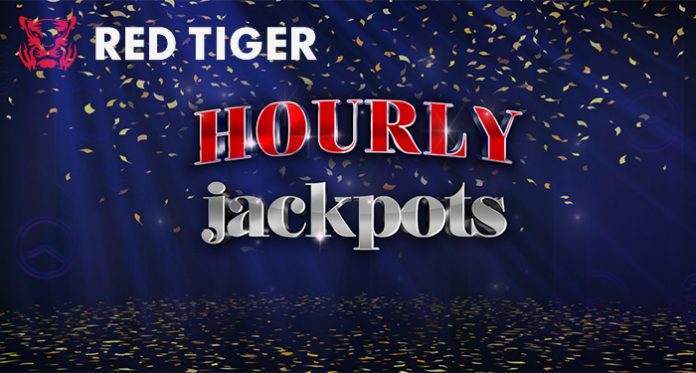 Red Tiger Gaming announced the launch of its highly anticipated hourly jackpots across its Jackpots Network this week. Red Tiger’s Jackpots Network was first introduced in April of this year and quickly became popular amongst players for its 8 million in payouts to date. Included in the network are the Daily Drop Jackpots and the recently released hourly products. Players will be able to battle it out for a jackpot win every hour of the day with on average the jackpots rewarding a four-figure sum.

The Jackpot Network has gained its strength from its performance with operators and players worldwide for the frequency of pay. Red Tiger didn’t think when they launched the network that it would be as popular as it is. The gaming provider said the hourly jackpots are a win-win for everyone with more opportunity to win a nice size cash prize on the hour, every hour.

The biggest prize to date won with the Daily Jackpots was 78,429 back in August. The lucky player placed a 2 bet on the Dragon’s Luck Power Reels slot. The best thing about the jackpot feature is that all Red Tiger titles are eligible.