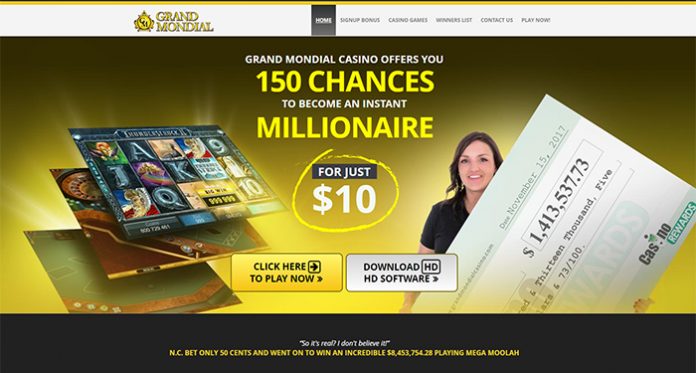 The game, since its official launch years ago, has been formatted to be played on several different themed games including Mega Moolah Isis, Mega Moolah 5 Reel Drive and Mega Moolah Summertime. The jackpot is rewarded at random, so it doesn’t take any special win to trigger the million dollars plus jackpot. Several online casinos offer the game including Mr Green, 32Red and VideoSlots.com.

Mega Moolah pays out on average around $5,360,00 every nine weeks. The game has produced several millionaires just this year alone and the second big winner at Grand Mondial Casino. Last September the jackpot winner took home a whopping payout of €938,306.35. Seems as though fortune resides at Grand Mondial Casino, which are currently offering players a welcome of 150 CHANCES TO BECOME AN INSTANT MILLIONAIRE FOR JUST$10!