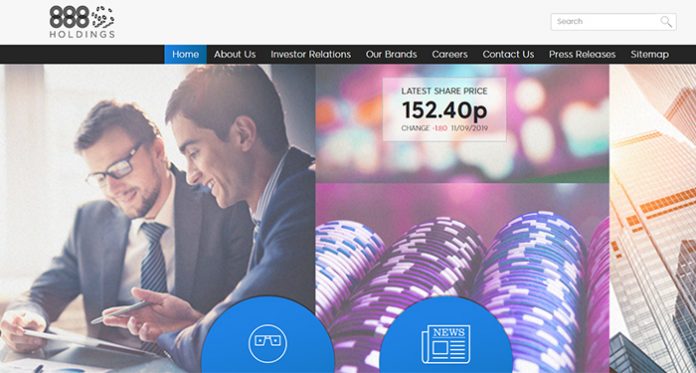 888 said the significant declines is due to higher spending even though there were increased revenues for the first six months. Revenues for the group amounted 277.3 million, a 2% increase for the corresponding period. 888 noted that when accounting for VAT accrual release the group’s revenue was down 2% for year-on-year comparison.

888 also seen a decline with its poker revenue. 888 reported a decline of 24% to 23.1 million, down from 30.6 million compared to last year. The operator also reported a big drop with its B2B revenues. B2B revenue dropped to 14.8 million. The group said this huge drop was due to the migration of Cashcade Bingo to its proprietary platform.

The first half of the year financials weren’t all bad for the group. 888 reported its B2C revenues seen a spike earning 262.5 million, a 6% year-on-year increase. Casino revenues also climbed by 9% as did sports betting, 19%. Taxes and duties that had to be paid from revenue earnings were up by 19% with 888 paying 44.9 million.

US Feds Shut Down 3 Top Poker Sites, Arrests are Made!