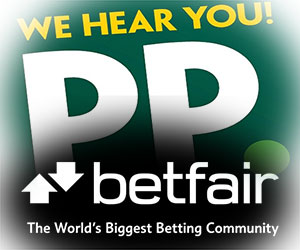 Last month, Paddy Power and Betfair announced a merger deal that was agreed upon for $7.7 billion. The agreement deal was to create a new FTSE 100 betting giant between the two that would result into one of the biggest gaming firms in the world.

Generated revenues, combined will amount to $1.1 billion with close to 80pc coming from online services resulting in being one of the major players in the online gaming market. The merger of Paddy Power and Betfair will create a company of world-class capability and people who deliver substantial up-front synergies and a platform for very exciting business expansion,” commented Paddy Power Chairman, Gary McGann.

Betfair Chairman, Gerald Corbett added that it is a “huge strategic sense by bringing together two industry-leading and successful businesses and providing enlarged scale, capability and distinctive, complementary brands.”

This isnt the first deal of this type as GVC just this month finalised a deal to purchase Bwin post the Gala Coral and Ladbrokes merger in July.

Valentine Bonuses from Slotland Casino to You With Love