As what is consistently one of the most popular games in online casinos, it’s perhaps unsurprising that bingo has such a profound legacy. What many players might not know, however, is that bingo is also one of the oldest games still played today, dating back nearly 500 years. Taking a look back at its origins, and following its development to this day, we want to see just how far bingo has come, and how it has changed over the centuries.

The earliest forms of what we now know as bingo dates as far back as 1530. Here, a state-operated lottery in Italy called ‘Lo Gioco del Lotto d’Italia’ set the original standard. Even this far back, the game was played almost identically, with cards covered in numbered squares. Rather than relying on the tumbler and ball combination of drawing as we do today, numbered objects were simply chosen at random out of a sack.

Staying popular within Italy for two hundred years, the game would eventually find its way to France. Arriving around 1770, this move marked a slight change in the game, where a three-by-nine number box setup became temporarily standardized. Again, the humble sack became the selector of choice. 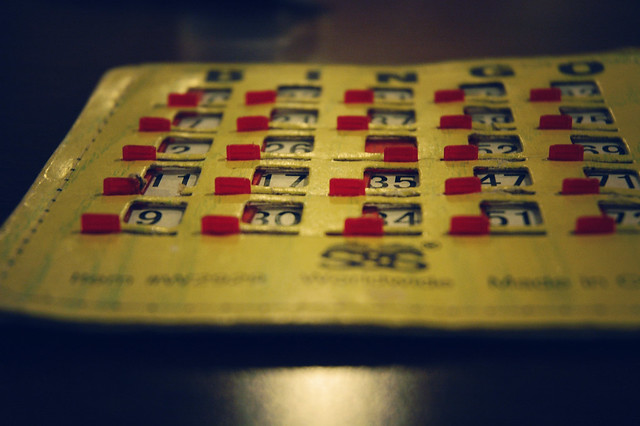 During the late 1920s, what was then called Beano had officially made the trip to the United States. Renamed by toy manufacturer Edwin S. Lowe, this age marked the inclusion of rubber stamps, and the name which we know the game by today.

As legend tells it, the name bingo came about after an excited patron mistakenly yelled “Bingo”, instead of the then-standard “Beano”. The name stuck, and we’ve been calling it bingo ever since.

Throughout the 20th century, Bingo enjoyed a solid player base covering the entire planet. With the advent and proliferation of the internet, this player base would then rise to an unprecedented new level. With modern technology like the personal computer, and then the smartphone, bingo became even more convenient and flexible.

Try and bet with Bingo Betfair today and you’ll see just how far the game has come. From boards, stamps, and only a few versions come enormous variety, with entries like Age of the Gods, Rainbow Riches, and Deal or No Deal all putting a unique twist on the classic. These can be easily played anywhere you have a mobile and an internet connection, but without the waste which physical games create.

Even better, modern online versions of the game still include the most important aspect: the social factor. By including special rooms and chat, people either playing together or at a distance can enjoy the same community feel, which for many players is what gives bingo the edge over its contemporaries.

Far from its simple roots, modern bingo is an international phenomenon on a drastic scale. Rapid evolution means that new forms of the game are constantly reaching players, and the advantages of the internet ensure that almost nobody ever has to miss out. Wherever bingo goes next, you can bet we’ll be watching closely.

Why Bingo Sites Comparison Portals Are Helpful For New Players