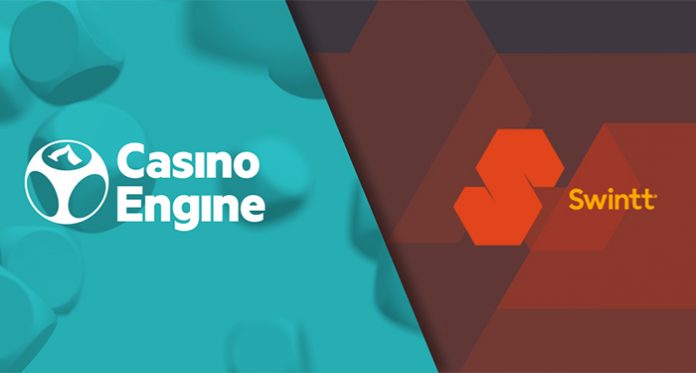 EveryMatrix has signed yet another new partnership agreement with Swintt. Swintt is one of the iGaming’s rising star’s for content creation and distribution.

The agreement deal will see Swintt’s content distributed across EveryMatrix’s Casino Content Aggregator, CasinoEngine. Swintt is a Malta-based gaming provider that has ensured all of its gaming titles are equipped with player retention in mind and boosts the user engagement level. Some of Swintt’s latest titles include Heart of Earth, Master of Books and Legendary.

EveryMatrix’ CasinoEngine’s Chief Operations Officer said they are pleased to partner with such a promising and entrepreneurial supplier such as Swintt. They offer many attractive titles that are all equipped with high-quality and engaging features. They are committed to growing their partnership in the coming years and look forward to delivering their titles across its operator network.

Swintt’s Chief Executive Officer commented on the new agreement as well saying how exciting this partnership is for the company. It will allow them to continue its growth across the industry, and expand its presence worldwide, especially with CasinoEngine being the biggest content aggregators in the world. Swintt looks forward to working closely with EveryMatrix in flourishing its partnership.

$700 in Weekly Bonuses Plus Get a Freebie Casino Chip of...

All-in Diversity Project Board is Joined by Tribal Gaming Experts