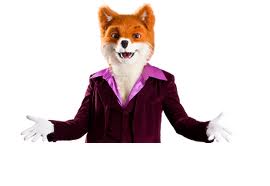 There are very valid reasons why online bingo and other online gambling sites have strict privacy policies in place. One is the fact that licensing jurisdictional law requires this as condition for the granting of a license. Any site caught breaking this regulation, can have their license revoked. So, the onus is upon the website to ensure that all sensitive information is treated with absolute confidentiality.

The other very good reason is; that these sites do not want their customer information falling into a rivals hands. The cost of recruitment of members is not cheap if thought about in the context of the cost of some cash match bonuses for first deposits, and other bonuses too.

In 2008 – 65 000 Foxy Bingo members information was stolen, and this was recently put up for sale. The culprit was fortunately tracked down by the Information Commissioner’s Office (ICO). So, although these members might have got more than they bargained for – the crime was nipped more or less, in the bud.

One Marc Ben-Ezra who was in possession of this data, “sold on details of tens of thousands of bingo players, compromising their privacy and exposing them to nuisance marketing,” the ICO said. These were samplers in order to try and entice buyers. Cashcade passed the test purchase data to the ICO which investigated the matter and traced Ben-Ezra’s email address back to a home address for his father in law.

Ben-Ezra pled guilty to three offences under the Data Protection Act and was charged with and found guilty of breeches of the Data Protection Act; “Hendon Magistrates Court handed Ben-Ezra a three year conditional discharge and ordered him to pay £1,700 to Cashcade Limited, the marketing company that controlled Foxy Bingo’s customer database, and £830.80 in costs,” the ICO said.

The ICO said Cashcade had “co-operated fully” with its investigations and “assured” it that no Foxy Bingo customers’ accounts had been “compromised” as a result of the data loss. The watchdog also reported that it had received no complaints from the customers on either the Foxy Bingo or Gala Coral lists.

“Attempts by Cashcade to identify the perpetrators of the 2008 breach have so far been unsuccessful but remedial action to prevent a recurrence has been taken. The company is continuing to pursue the other perpetrators,” the ICO said.

“Foxy Bingo and Gala Bingo have proactively contacted affected customers to assure them that their account information is secure,” it said.

While it might be thought that the punishment does not fit the crime for profiteering from selling people’s private information; the ICO also said that they are continuing to urge the UK Government to activate legislation from 2008, that will allow courts to consider penalties such as the threat of prison and/or community service orders.

Zynga Is Seeking A Way to Become Online Gambling Mogul!

Party Gaming taking on the Commonwealth of Kentucky