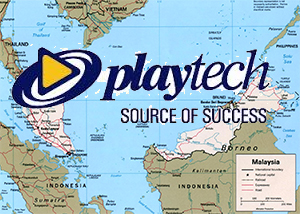 Playtech’s shares have taken a hit thanks to the government in Malaysia blocking online betting. Shares dropped just about 9% to 635.5p. Malaysia has blocked around 170 online gambling sites total and now the industry leader is seeing the aftermath from it.

Playtech has been monitoring the situation claiming regardless of the impact and they remain confident that they will redeem themselves for the third quarter of the 2014 gaming year.

The blocking of the sites is said to be just a temporary move on the Malaysian government’s part since online gambling is not regulated by Malaysian law. There is a new legislation being moved with hopes of approving online gambling so gaming providers such as Playtech doesn’t see another significant hit like this one.

Mayalsia is only about 8% of Playtech’s revenues, but with Playtech growing in other regulated markets this number could be much less since Playtech is pulling away from offering its product to grey markets.

The Malaysia blocking and other events has drawn much attention to Asia with William Hill being investigated for illegal challenges taking place in the Philippines, and now with gambling operators seeing a decrease in revenues.

Last month, Attorney-General Tan Sri Abdul Gani Patail, speaking at the launch of the Judicial and Legal Training Institute Speaker Series stated the need for Malaysia’s new laws to take action in reducing illegal gambling. At the time, Malaysia’s laws only applied to gambling and not virtual gambling. Patail further stated, The problem is that many illegal gambling activities are done online. We need to have a new set of laws or amend the old laws.”