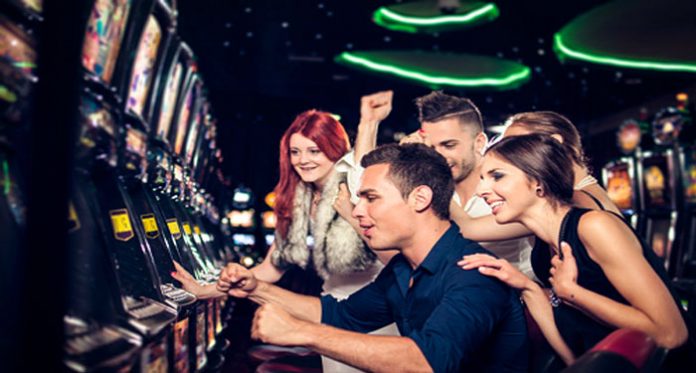 In today’s world, every contemporary looking slot machine is created to look and feel just like the classic, old mechanized models. However, they work on a totally different principle. Unlike traditional slot machines where everything is controlled by gears and shafts, computerized slot machines also known as online slot machines, are totally controlled by a central computer which is installed inside the machine.

The contemporary slot machines use step motors to turn each reel and stop it at a predetermined point. These step motors are driven by short digital pulses of electricity which is controlled by the computer instead of fluctuating electrical current that drives an ordinary electric motor. These pulses move the motor with great precision.

Even though it is the computer that stops the reels, the games are not pre-programmed to pay out at a certain time. While for that there is a random number generator which acts as the heart of the computer that ensures that each pulley has an equal shot at hitting the jackpot.

Whenever the slot machine is turned on, the random number generator starts spitting out numbers between 1 to several billion within the fraction of a second. As soon as you pull the lever or press the button, the computer starts recording numbers from the RNG. After that, these numbers are fed into a simple program to determine where the reels should stop.

However, computerized slot machines are taking the place of the traditional ones around the world. Although, if you want to play slots badly and want to win big then you can start playing on slot machines online casino on your smart devices today.

Determine these points to understand how the complete process works in a three-reel machine:

Furthermore, these computer systems have made slot machines a lot more versatile. That means players can now bet money straight from their credit account, instead of inserting coins after every pull.

You can even play online slots while sitting comfortably on your sofa and having a great mug of freshly ground coffee! However, with the computer slots, players can even keep a track on their wins and losses. While the operation is a lot simpler in modern machines where a player only needs to press a button to play the game, rather than pulling the handle.

Apart from that, one of the main advantages for the manufacturer of such systems is that they can easily configure how often the machine pays out.