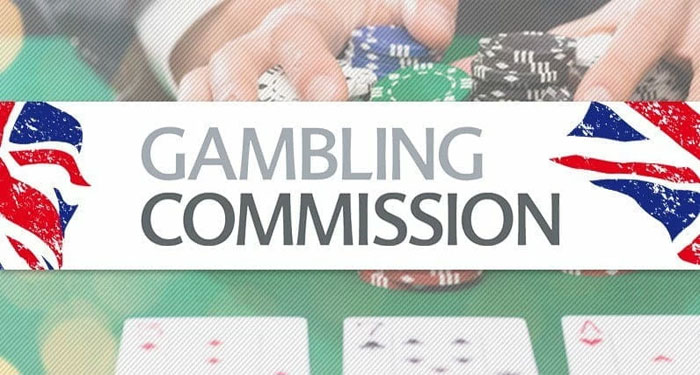 The United Kingdom is one of, if not the largest betting markets in the world, and this is mainly because of the 2005 Gambling Act that came into effect two years before the end of Tony Blair’s reign as leader of the Labour Party and Prime Minister.

Blair’s government argued that passing a new gambling act would help the UK move from what was a potentially dangerous market, to one that would prioritise safety and openness, replacing the outdated Betting and Gaming Act 1960, which had seen a handful of amendments over the years to accommodate for new verticals such as the National Lottery in 1994.

In addition to the above, the 2005 Gambling Act allowed for the formation and introduction of the Gambling Commission, an all-encompassing regulatory body that worked to ensure operators (both land-based and online) operated responsibly, adhering to a strict framework.

16 years on from the introduction of the gambling act we’ve experienced a whole world of change within the industry thanks to the boom in online gambling, it’d be fair to suggest that the 2005 Gambling Act was not written with this in mind, which is why an in-depth analysis and review of the gambling act is underway right now.

With a record number of fines handed out by the gambling commission in 2020 (including £13 million for Ceasar’s Entertainment), it’s not difficult to see why lobbyists, members of parliament and the House of Lords have decided to take a closer look at the Gambling Act.

In this article, we’re taking a look at what an updated Gambling Act could mean for online slots and how they might change in the coming months and years to make for safer gameplay.

As of midnight on the 1st November 2021, widespread changes were implemented with regards to online slots in the United Kingdom that will help reduce the risk of gambling harm.

These changes saw slots slowed down so that they could not be spun any more than every 2.5 seconds, a complete ban on the autoplay and fast spin buttons and a ban on sounds or imagery that gives players the illusion that they’ve won, even if their return is equal to or less than the player’s initial stake.

These changes were introduced after lengthy consultation with multiple groups and individuals who either play a large part in the iGaming industry at current or have been negatively affected by gambling harm in the past.

Whilst the changes have largely been welcomed by lobbyists and those who want to see online gambling made safer in the long term, many people believe that the gambling commission, along with the Betting and Gaming Council and operators have pushed these changes through now to pre-empt any drastic changes that might have come as a result of a new Gambling Act.

It’s hoped they will ease any worries lawmakers may have when they come to fully assess the make-up of online slots in the future, and decide what, if any, restrictions should be imposed on the popular games if they’re to make them safer for consumers.

Would a new act see the watering down of slot mechanics?

As it stands online slot players in the United Kingdom already have a number of restrictions placed upon them that people from other countries around the world don’t have to worry about.

Aside from the aforementioned restrictions that slow down the spin speed, blocks players from being able to make automated spins and fast spins, consumers in the UK cannot make use of feature buys. Feature buys are a special game feature that sees players able to bypass normal gameplay for a vastly increased sum of money in order to jump straight to a bonus feature.

These have been banned to stop players from betting unnaturally large sums of money in a single spin multiple times over, losing more money in a matter of minutes than they might have only bet in days, weeks, or even months.

Considering the UK Gambling Commission have put an end to all of the above, there are slight fears that slots boasting features and mechanics that give players the illusion of having a greater winning chance could be removed from casino lobbies.

For example, to the untrained eye, Megaways and Infinity Reels slots, which offer players much more in terms of ways to win and reels, could possibly be seen as dangerous because they give the illusion that they’re more lucrative when in reality they still offer players the same win potential as a standard 5-reel slot.

The reality is that these exciting gameplay mechanics aren’t any more dangerous than a classic online slot, they just enhance the experience and give players something a little more exciting.

Whoever is tasked with reviewing slot gameplay when writing the potential new Gambling Act needs to view these flashy new mechanics as exciting and innovative, rather than a method of enticing players into thinking they’re more winnable than other games, which they’re not.

Could a revised gambling act spell the end of free spins?

One big potential change that could be disastrous for a subsection of online slot players, operators and affiliates would be the abolishment of free spins, something that’s currently happening in Ireland as they look to clamp down on gambling and establish their own regulator.

Free spins, bonus cash and free bets are some of the main incentives operators utilise to entice brand new players to their sites. To abolish these would significantly reduce the volume of players they are able to on-board. It would also take away a part of the experience that players genuinely enjoy, and it would harm affiliates beyond comprehension who rely on bonuses to generate leads.

Over the years the gambling commission has introduced rules that stipulate operators must be transparent about the terms and conditions surrounding their welcome bonuses, which they have strictly adhered to, this should in theory keep free spins safe from abolishment when it comes to any new rules, however, we could potentially see an upper-limit set on wagering requirements, which would be a welcome change.

Looking elsewhere, if you factor in all of the safeguarding tools that have been implemented in the last few years such as betting limits, time limits, cooling-off periods, temporary exclusions and the reality check feature, then it seems to us like most operators have their houses in order.

As long as operators and affiliates keep on top of compliance, the number of changes that might negatively affect online slots and casino betting will be kept to a minimum, the only place that could see significant changes within the industry are VIP managers, loot boxes and forms of betting that are disguised as something else, such as extravagant prize draw lotteries.

The Congressman, the Wife, the Opponent and Illegal Online Gambling