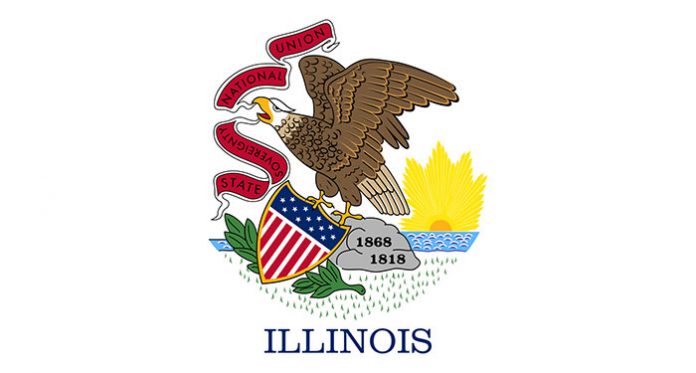 Illinois is one of the 20 states that have already signed sports betting into law and many are surely looking forward to seeing how the launch swill do. Unfortunately for the Super Bowl fans, local betting in Illinois won’t be happening just yet.

In June 2019, Illinois Governor JB Pritzker has finally signed the gambling expansion bill for the state. This includes the legislation of wagering in Illinois and the issuing of licenses for six categories of sports betting. These are:

This just really means that more casinos, race tracks, and sports venues that will offer sports wagering will be allowed to open in the state soon. However, what seems to be the main focus of many from this bill is how both online and in-person sports betting is finally legal in the state. The top bookies in the country can then eventually apply for licenses to operate in this state, and this is something very exciting for the local punters.

Many have been waiting for this since the Supreme Court of the United States has stricken down the Professional and Amateur Act or PASPA of 1992 in May 2018. With that happening, all states in the US are allowed to make their own decision with regard to the legislation and regulation of sports betting.

Since May 2018, there are already 20 states that have signed sports betting into law. The first few states that have already done this and launched local betting are New Jersey, Oregon, Rhode Island, Iowa, Nevada, West Virginia, New York, and Delaware.

Meanwhile, states like Colorado, Michigan, and Illinois have also signed sports betting into law but are still working on launching it locally. Illinois, however, seems to be a bit slow with this process. New Jersey only took about a month to launch betting after signing its legislation.

Illinois, on the other hand, is slowly easing into the industry. It was June last year when Pritzker signed the gambling expansion bill, but until now, betting hasn’t been launched yet. In September last year, the state conducted a temp check regarding this matter. The reaction they got from the locals were mixed, but many punters are becoming a bit impatient with the slow movement.

Since then, it was only in December when the state finally opened the license application for the interested operators. However, it took until this month of January when three operators head-started the filing of applications.

This happened when the Illinois Gaming Board or the IG has finally released the Phase 2 of betting in the state on January 23, 220. Included in this release are the rules and regulations that operators should follow once they start their operations.

The first three casinos that applied for a sports betting license are the Rivers Casino in Des Plaines, the Elgin Riverboat Resort, and the Argosy Casino in Alton.

Rivers Casino, in particular, got a head start on this process when it opened BetRivers Sports Bar in December. This bar has 32 leather lounge chairs, a 47-foot-wide video with a sports ticker, and five betting windows.

The casino’s general manager said the Rivers is just really working hard towards opening its BetRivers Sportsbook in Illinois as quickly as possible.

Representative Mike Zalewski who sponsored and helped the industry to finally be legal I the state said that it is likely that these three casinos will be the forerunners once betting is already launched in the state.

However, when asked about when the launch of betting will be, he said, “I think with the introduction of the second round of rules that were introduced last week … I expect that hopefully, we will be able to place a legal sports bet by March Madness – that’s my aspirational goal. I hope for March Madness but the sooner the better. A lot of work went into this and I’m excited about the opportunity.”

He also said, “I think the licensees, the racetracks the casinos or whoever it is we are talking about the need, to make sure that their applications are thoroughly reviewed by the Gaming Board,” said Zalewski. “There’s just a lot of preparation and compliance review to be done here.”

For now, the Super Bowl fans will still have to place their bets elsewhere. However, Zalewski said that the three casinos will be likely ready to accept bets by the Final Four, so this is still something to look forward to.

Play Jackpot City Casino and You Too Could Be the Next...