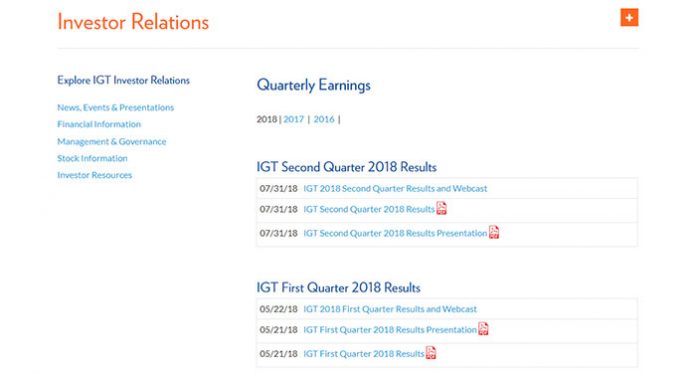 Highlights of the report include total revenues amounting to $1.2 billion, a 1% decrease for year-on-year comparisons. Operating income increased by 9% to $209 million and EBITDA rose around 4% to $442 million. IGT also included net income in the report with net income amounting to $161 million which includes $173 million of net foreign exchange gain. Cash dividends were worth $0.20 per ordinary share and net debt was up by 8% at $7,530 million. The adjusted EBITDA of $442 million represents the tight operational management with the global lottery performance.

Marco Sala, CEO spoke on two segments of the company saying that Italy and the North America Lottery exceeded projections for the quarter. Sala also said,

“The North America Gaming installed base grew sequentially, and we have a compelling roster of new, for-sale video reel games coming to market in the second half.”

“With better-than-expected Adjusted EBITDA growth of 10 percent in the first half, we are raising our full-year outlook for the underlying business.”