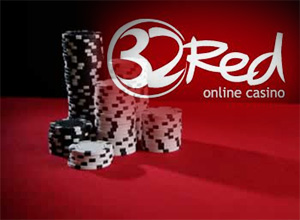 32Red has seen a 26% from the prior years’ net gaming total increase in their revenue resulting from marketing operations. Chief executive officer at 32Red, Ed Ware, mentioned that the influence of the gaming operators marketing operations was a major part of the reason behind the increase in revenue with the time frame ending on December 31, 2014. This marks the fifth consecutive year of double digit percentage growth and goes to show that it is a steady contender for the #1 spot as a UK online gambling operator.

32Red’s online casino arm was the most prosperous part of their business, producing an increase of 27%, giving that a total of £29.3 million in revenue. The casino also made clear that it saw a 15% rise in active players in a year-on-year comparison, which accumulated to an actual total of 44,385 new players in the past year. This rise in players was also 17% more than the total for the year ending in 2013.

Ware stated that, “Our marketing and operations have never been in better shape and we are excited by the opportunities for 32Red to further develop this year. We performed well throughout the year. We had an accelerating performance in the second half, following increased investment in our business, within and outside of the UK market.“

Other offerings of 32Red accounted for £1.7 million of the total revenue. 32Red also made clear that within the first 20 days of 2015, the revenue had increased 31% from the same timeframe as the year before. Looks to be a great year, maybe one of the best if these numbers continue to grow for the next 11 months.

A fifty percent tally showed that new players were accessing the gaming platform via smartphones and tablets, while the overall “cost of acquisition” was 18% more than the year before.