Zynga Turns a Childhood Favorite Story into a New Social Slot, Relive the Magic of the New Willy Wonka and the Chocolate Factory Game 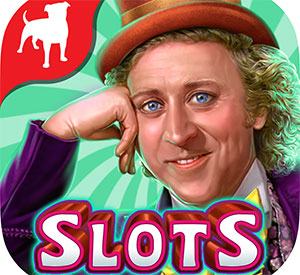 One of the most beloved movies of all times is Willy Wonka and the Chocolate Factory. It doesn’t matter how young or old you are, we have watched this movie multiple times, and then some!

Who would have thought that one day this popular childhood classic movie would turn into a video slot? Zynga has taken the movie one step further and has done just that with creating a Willy Wonka & the Chocolate Factory Slot. Zynga announced the release last month, but it didn’t go live until now.

The new slot is available for online and offline play and offers numerous bonus features including the Wonkavator Wins feature, free spins, jackpots and more.

Zynga is one of the top, and the best social games providers that has developed some of the most popular social games to date like FarmVille, CSR Classics and more. Zynga games are played by players worldwide across Facebook, Google Android, Apple iOS and other instant platforms.

Zynga’s Joe Kaminkow, the Chief Game Designer and Senior Vice President of Slots said this about the release of the new game,

“Beloved by generations, the Wonka-verse is full of pure imagination and whimsical fun making it the perfect setting for an immersive social slots experience.” “With timeless characters and scenes inspired by the original film featuring Charlie, Willy Wonka and the other Golden Ticket winners, Willy Wonka & the Chocolate Factory Slots allows players to enter the unpredictable world of Wonka’s Chocolate Factory, experiencing the movie magic in a whole new way.”

The new Willy Wonka & the Chocolate Factory Slots is available in the App Store for iPhone and iPad, Google Play, Facebook and the Amazon Appstore for Kindle devices.