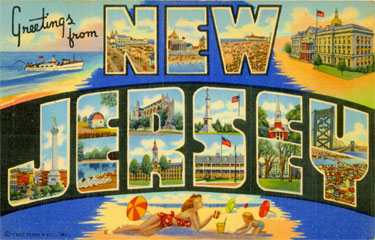 In America, the Senate for the eastern state of New Jersey is set to meet this afternoon to consider legislation that would challenge the Federal ban on sportsbetting.

Senate Resolution 19 has been introduced by Democrat State Senators Raymond Lesniak and Stephen Sweeney and would authorize the body to take legal action concerning Federal legislation that currently prohibits sportsbetting in all but Nevada, Montana, Delaware and Oregon.

According to a statement from the Interactive Media Entertainment And Gaming Association (iMEGA), the Resolution would authorize the President of the Senate, Sweeney, to take ‘such legal action on behalf of the Senate as the Senate President shall deem appropriate and necessary to challenge enforcement of the Federal Professional And Amateur Sports Protection Act, which establishes a selective prohibition on sportsbetting in the United States’.

In addition, a separate bill from the representative for the state’s 20th District would allow New Jersey residents to vote on a constitutional amendment to permit state-regulated sports wagering in Atlantic City casinos and to inhabitants via an intra-state online gambling system. The proposed legislation also calls on the New Jersey Casino Control Commission to establish a Division Of Internet Wagering to oversee operations and licensing.

“We’re happy that New Jersey has taken this issue into their own hands,” Joe Brennan, Chairman for iMEGA, said of the proposed January measures.

“New Jersey is recognized as having the toughest gaming regulators in the US and, as a leading gaming state with a long track record of doing things the right way, Internet gambling will have a great home here and the opportunity to begin normalizing the industry.”

More Troubles for Revel Owner, No License for Operation