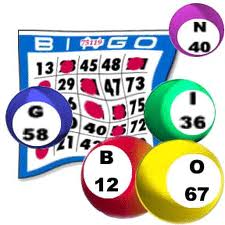 Some historians believe that the closest possible example to the game of bingo we play today, originated after the reunification of Italy – when to raise funds for re-development, a national lottery became the order of the day. This was more than 480 years ago, in a game which is still played today (every week) and the locals refer to as ‘Le Lotto’. In the Italian language the word “lotto’ equates to ‘fate’ – actually this simile paints quite a pretty picture.

Over hundreds of years the game of bingo has done the rounds globally. Spread all over Europe, come to the UK, gone to the US, Canada, Australia, New Zealand, Japan, Korea, South America – people everywhere play bingo in one format or another, but the most modern version of this game is the advent of online bingo. Now that Italy has finally sorted out all of their new online gambling regulations and become a European online gambling licensing jurisdiction, bingo has gone full circle and returned to this country in its new incarnation as online bingo. Major operators are all opening the virtual bingo club doors and Italian fans of this game couldn’t be more delighted.

The country where the Cosa Nostra and bingo originated should soon offer a varied selection of these sites to keep players entertained, and bingo is a very entertaining game. It already has a very large following in land-based bingo clubs and people can now play from their laptops in limos if they so choose. As online bingo has also successfully gone mobile, we also expect the uptake of this mobile game to find more than just a few converts in this country. The game has an almost uncanny ability to reinvent itself and this is because of its simplicity.

Changes in the Online Casino World that Keep Players Engaged

Play Jackpot City Casino and You Too Could Be the Next...

Take-up on Microgaming Quickfire Increases by the Day