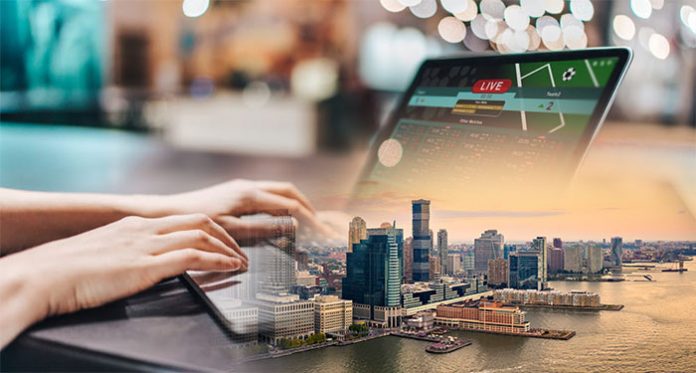 The gambling industry is thriving all around the world amid a soaring number of people who stay at home due to the current global turbulence. People stuck at home with not much to do are entertaining themselves through different means that can be found online. Therefore, the traffic numbers on websites that provide such services are simply skyrocketing, reaching historic maximums in early 2020.

Gambling in the 21st century

Gambling has long been known as something only for the rich. This means of expensive entertainment has been around for centuries, yet, its shape and exclusivity only changed recently in the era of global telecommunications and the internet. For a long time, casino visitors were only those who could afford to lose thousands of dollars or sometimes even millions. The picture is drastically different today as the gambling industry is becoming more and more inclusive, accessible, and fun-oriented.

The rise of the internet transformed a diverse range of industries. Some of them were already closely affiliated with digital technology and developments within this niche. However, the vast majority of sectors that now revolve around gadgets, connectivity, and the world wide web were initially very conservative and traditional. Some of them, including the financial industry, even firmly stood against the use of many innovative technologies.

Yet, today, the financial industry is one of the highly digitalized sectors with operations being performed almost completely through the internet. One would have a hard time finding a commercial bank without a proper web or a mobile platform. A growing number of people use such services as they provide more convenience, speed, and security. All in all, such shifts are changing the world forever as some nations are even thinking of going completely cashless in the nearest future.

The gambling industry most certainly is not an exception from the pattern that almost all sectors follow these days. Posh and exclusive casinos are now being overtaken by online gambling platforms, widespread all across the globe. Such websites and often mobile apps offer so much more than just games. They are designed to be convenient, accessible, and affordable, targeting larger audiences than those that remain in the traditional part of the industry.

Amid a variety of unprecedented circumstances in early 2020, the online gambling industry is seeing vast growth in almost every nation. Even some markets with particularly low demand for online gambling are practically thriving. Canada is one of those places. Despite the country’s legendary casinos in Vancouver, Montreal, and Toronto, there has been lower demand for online gambling. However, now the vast majority of real money casino slots Canada has to offer are reporting continuous growth throughout the first quarter of the year. The industry in Canada is expected to gain further momentum in the coming months considering strict social distancing rules implemented by the country’s government.

The north-east of the United States has always been a competitive market in terms of the gambling industry. The shining diamond in the area is Atlantic City with many of its iconic casino venues spread across the vast, eye-catching coastline. However, due to the coronavirus pandemic, the city’s casinos remain closed, putting New Jersey in a very favorable position.

Under such once in a lifetime environment, the New Jersey Division of Gaming Enforcement reported the third month of steady growth in Jersey’s licensed online gambling. The April revenue of the industry reached a whopping $80 million, a 118.6% increase from the same month last year. This figure also shows a 15% gain in revenue when compared to the previous month which also was record-breaking.

The online casino vertical in April was up 114.3% to over $74 million, an absolutely unprecedented number that New Jersey has never seen before. Moreover, the poker revenues hit $5.15 million, more than tripling within just a year. This also is a major increase from the previous month, which once again was showing the historic high.

April was the first time in history to see Atlantic City casinos being shut down forcefully for the entire length of the month. This catastrophic lockdown will have devastating effects on the industry in the city highly dependent on it. Revenues are expected to drop importantly as some iconic venues fear bankruptcy and significant staff cuts. On the other hand, March was more stable for casinos in Atlantic City as the vast majority of them remained open for at least half of the month.

The regulator’s report also highlights some of the highest earners in April. The major operator Golden Nugget’s naturally set the standard high with over $27 million in revenues. Resorts Digital Gaming came in second with roughly $16 million. Notably, the latter received more than $2 million of its income through poker games, making it the largest poker operator in the state.

Borgata ranked third with $15.86 million out of which $1.22 million was accumulated through poker. Caesars Interactive Entertainment finishes the list of most significant operators at $8.7 million. However, interestingly, this operator has the second-highest poker earnings with $1.86 million throughout April.

Sports betting not looking as good

The lockdown particularly affects sports and almost all types of them. Mass gatherings are prohibited while practically no sports events take place across the country. Under such circumstances, despite the vast majority of people being at home, sports betting has witnessed a significant loss of over 87% year-on-year, ending April with only $2.63 million. The total betting handle in April was just $54.6 million, severely down from $313 million in 2019.

Fanduel/Meadowlands together led the list in April with a total of $1.63 million. This number is absolutely staggering for once a thriving sector and its leaders. Resorts Digital came in next with just over $604 thousand, making the first one on the list sole operator to earn over 1 million in April. William Hill/Monmouth Park came in last with only $182 thousand. These are only operators that scored triple-digits in April 2020. Usually, the list would be much longer, featuring great numbers.

As for the nation-wide statistics, the figure looks a bit better. The country recorded a 2.3% increase in bettings year-on-year, hitting $86.4m. This number might not look like a major growth but in times of unprecedented threat and economic turmoil, it most certainly is better than nothing.

Zynga Is Seeking A Way to Become Online Gambling Mogul!