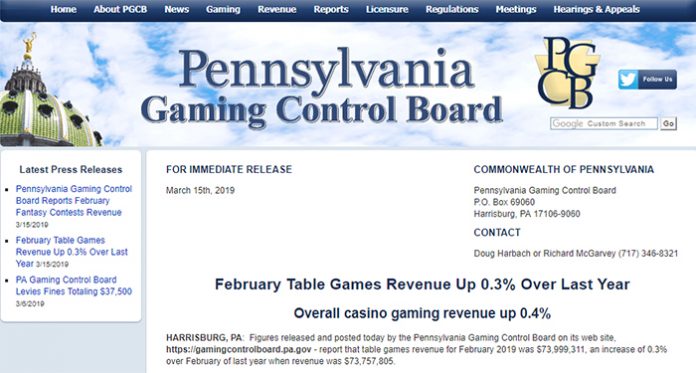 The Pennsylvania Gaming Control Board published the state’s table games revenues for the month of February showing a 0.3% increase for year-on-year figures. The Board said the state earned $73,999,311 with its table games only for February 2019, a 0.3% increase compared to $73,757,805 earned in February 2018. The Board also reported that when combining the earlier reports for slot machine revenue the state seen a .04% increase for both gaming sectors across the state.

Total gaming revenues for each casino was also reported with Parx leading the pack earning $48,737,362 for the month, Sands Casino Resort in second place with $42,964,173 in earnings and Rivers Casino in third with $26,163,496. These figures are for the year thus far from January 1st through February 28th. Parx Casino earned the most so far but is still down for year-on-year comparisons by 0.19%.

How to Choose the Right Online Casino for You