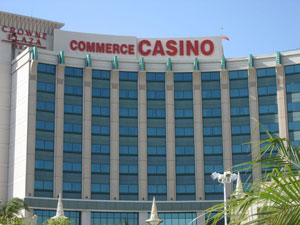 The Players before Profit Petition which was created in response to California’s Commerce Casino’s stance against legalized online poker in the US has reached almost 10,000 signatures in a petition that encourages support of Congressman’s Barney Franks gambling bill HR 2267 which would pass legalized online gaming, which would allow gaming companies to register and license their gambling sites in the US which would regulate and tax the revenue made. The most vocal group of online poker players in the United States are fighting back against Commerce Casinos and other California Casinos that have shown their support in favor of keeping online gambling illegal in the US except for in their State of California, where they would be able to monopolize the entire industry of online poker. Poker players and advocates that support the HR 2267 bill believe the only reason why the California casinos don’t support the bill is for monetary reasons, they don’t want the competition that would come with legalized online gaming across the US and don’t care about their players rights, only the money.

Besides just normal poker players signing this petition, some big heavy weights in the field of poker have also signed and have even gone as far as to boycott the California casinos not supporting the legalization of online poker. Some big names you may recognize are, Patrik Antonius, Doyle Brunson, Tom Dwan, Huck Seed, John Juanda, Barry Greenstien and Erik Seidel and Annie Duke.

The Executive Director of the PPA John Pappas said the only reason why these California casinos oppose HR2267 is they are merely seeking to monopolize the market. When you peel back the onion, you realize that these casinos are not against legalized online gaming, they just want to control it. Congress has a target date of October 8th to reconvene and we will keep any progress on this subject updated.