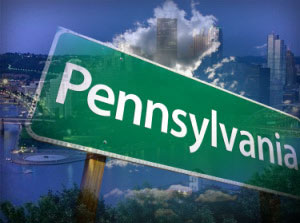 Pennsylvania has come in the firing line in the fight over Internet gambling. Analysts predict that by legalising online gambling $307 million can be generated in casino revenue. In February, a state representative of government tried to stop such plans by introducing a bill that would heavily punish gamblers.

The reason Pennsylvania has turned to online gambling is largely due to the failure of its physical casinos. In fact, most of the US gambling institutions are suffering in this market, not just Pennsylvania. Last year, the revenue for the casino industry slightly declined and are still dropping now.

The main focus of Pennsylvania’s gambling plans is to tempt people from other states where gambling is illegal to come to this state’s casinos. Although most of the nearby states do offer legal gambling of some sort, nevertheless, Pennsylvania’s casino revenue per capita is still higher than other regions.

There have been some proposals by the government that proved to be controversial. These proposals include lowering the tax rates on gambling, serving alcohol past 2 in the morning, and allowing cash advance payments with credit cards as well as letting gamblers cash their large personal cheques at the casino. Promoting gambling is not accepted by all the residents of the state, especially those who have moral qualms about it.

While the above proposals may be faced with objections from the public, they are not likely to stop the government from implementing them in order to increase state revenue. Studies suggest that Pennsylvania could generate as much as $110 million per year just from sports betting and over $300 million a year in casino revenue.

Analysts have been studying the profiles of those states where Internet gambling is legal. They compared Pennsylvania’s share of $110 million in gambling taxes with New Jersey and came to conclusion that they vastly over-estimated the windfall that can be gained from Internet gambling in New Jersey.

New Jersey was perhaps over-optimistic about its predictions that it could generate $180 million in tax revenue this year. One such prediction was actually 40 per cent higher than the estimate from Econsult analysts. In the first 3 months of this year, New Jersey online casinos paid around $4.7 million in taxes and if it continues at this rate, New Jersey would generate just over 10 per cent of what it was originally expecting.

This post comes from Archie, check out his post on eco friendly poker tables at this blog (http://thehellomorning.com.au/the-first-line-of-eco-friendly-casino-tables/).