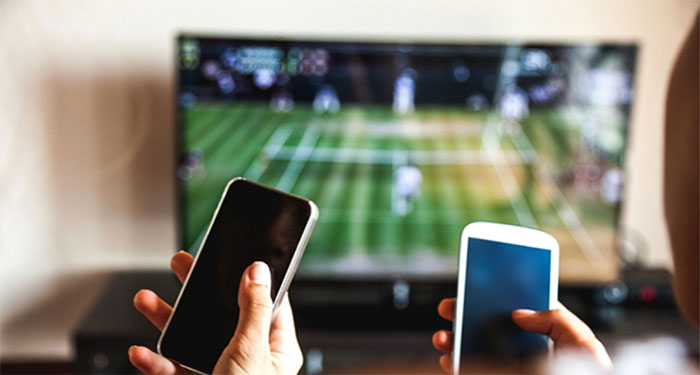 Online casino advertising has penetrated our society in ways that we couldn’t have imagined 15 or 20 years ago. From advertisements on TV, the radio, in newspapers, and on billboards to social media and video sharing websites, it seems wherever we turn, there’s a gambling ad thrown in our face.

For many, it’s simply too much, and a call for tighter regulations is growing louder and louder – something that we are in full support of. Most experienced online gamblers use Google to research where to play; for instance, the best casino sites on Time2Play are accompanied by expert reviews which educate players about a particular site’s strengths and weaknesses. Isn’t this how it should be?

The United Kingdom is one of the most lucrative markets for online and land-based gambling. It’s regulated from top to bottom by the well-respected Gambling Commission – this includes rules pertaining to advertising by gambling companies.

In 2019, these companies spent around £22 billion on advertising. However, the coronavirus pandemic put the brakes on many traditional forms of media, such as newspaper ads and billboards, in 2020. That said, there was increased spending on social media platforms.

Action was taken during the UK’s first lockdown with the Betting and Gaming Council (BGC) forcing the removal of gambling advertising on TV and radio. As people were at home more during this time period, they were quick to act as the rise in online entertainment, from popular shows on Netflix like Tiger King, to new players gaming for the first time, but also the rise of social casinos as people were looking to connect with friends more than ever. Despite this, a Gambling Commission-endorsed survey conducted by Yonder Consulting through 2020 revealed that 85% of the respondents had recently seen gambling adverts or sponsorship. In comparison, the figure was 87% in 2019. Clearly, the measures taken by the BGC didn’t go far enough.

A nationwide poll conducted by YouGov found that many members of the public are fully supportive of a complete ban on gambling adverts, with three-quarters firmly believing that restrictions need to be tightened. Christina Marriott, the chief executive of the Royal Society for Public Health (RSPH), stated that gambling is addictive and as such ‘should be no different’ from tobacco in how the marketing is heavily restricted.

Digging deeper into the survey results, 77% of those asked were in favor of a blackout on TV and radio gambling ads before 9pm, with nearly as many people saying this ban should apply to social media and other online platforms as well.

To a degree, the restrictions imposed during the lockdown were barking up the wrong tree. Gambling companies spend significantly more on online marketing than TV, so surely this is the area that needs addressing most urgently.

The much talked about ‘whistle to whistle’ code, which doesn’t allow gambling advertising for five minutes before, during, and five minutes after a match or race, is only a voluntary agreement at the moment – it would be a step in the right direction to see such things made into law.

Should Sponsorship be Targeted?

Potentially a softer form of advertising than direct TV, radio or social media ads is the area of sponsorships.

If you are of a certain age, like me, you would have grown up with the Embassy World Snooker Championship, the Benson & Hedges World Championship of Cricket and the red and white Marlboro McLaren dominating the world of Formula 1. With the ban on tobacco advertising, all of these are no longer; however, most are now sponsored by gambling companies.

In the Premier League, eight of the twenty teams: Burnley, Crystal Palace, Fulham, Leeds, Newcastle, Southampton, West Ham and Wolves have the name of a gambling firm on the front of their shirts. The EFL Championship is currently sponsored by Sky Bet and numerous clubs in this league are also tied into partnerships with bookmakers and casinos. Does this soft-selling approach convince (particularly minors) that gambling is natural, and everyone does it?

There are calls to ban shirt sponsorships starting from the 2023-2024 season, but with the millions that these companies pump into the game, who will fill the void? Would this mean more clubs going into administration and possibly disappearing off the football map?

More than 10 million people in the UK alone enjoy a flutter, but unfortunately, some develop an addiction to gambling. A reduction in the amount of advertising is, in our opinion, necessary, but not a total round-the-clock ban.

Of course, problem gambling is real, but is it right to put it in the same basket as tobacco? Potentially a focus on responsible gambling advertising, which is gaining more traction, is one of the ways forward.

Furthermore, we’d also like to see a review of online tracking cookies which follow users around and target them with advertisements based on the websites and webpages that he or she previously viewed.

There is a plethora of high-quality gambling-related content, such as reviews, tips and predictions, which users have to actively search for, so the industry is not going to buckle through any form of ad ban.

Play Royal Panda’s Live Games for a Chance to Win a...