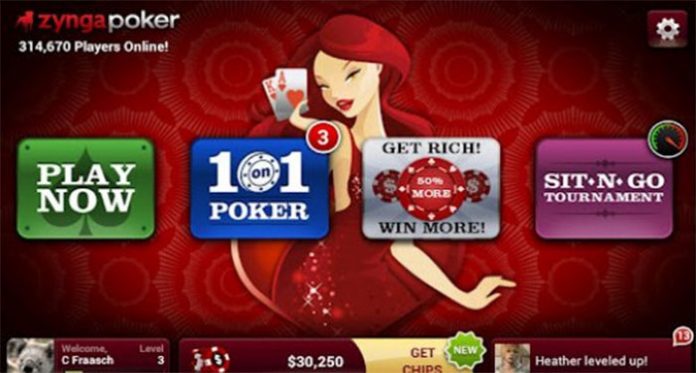 Zynga Poker is a one-of-a-kind poker application which was the first to launch to massive success as a Facebook application. The way this poker game is set up, it does not contravene online US gambling laws, which has actually made a massive amount of money for Zynga. The concept is a perfect fit for many poker fans, even though they are not in fact able to win real money prizes online. Zynga did not allow greed to be the driving force behind their online poker games and they are now reaping the rewards. In fact, they are reputedly raking in the money.

In the latest news for this social games developer; they have inked a deal with the massive US telecoms operator AT&T. The agreement is to provide a variety of games which includes Zynga Poker to AT&T’s wireless customers. It is the first deal of its kind between a US wireless carrier and Zynga, and they will also be responsible for designing customised content. The products are to feature  downloads in the AT&T Android shelf, scheduled for release later this year.

The aim of the game is to reward AT&T customers with free credits to play poker plus customised content. This also includes giveaways and sponsored events. Zynga will also be working together with AT&T to optimize their customers’ wireless mobile social and gaming experience.

AT&T say they are very excited about the deal, and the fact that the development is the first US wireless carrier to work in partnership with Zynga. Recent research found that during August 2010 – 20% of the entire population of the US had participated in playing mobile social games in the previous three months. So, the numbers are there and AT&T in partnership with Zynga, can bring more value to their wireless customers with this unique poker and other social gaming content partnership.

Trump Running for US Presidency, Not Mincing Words!