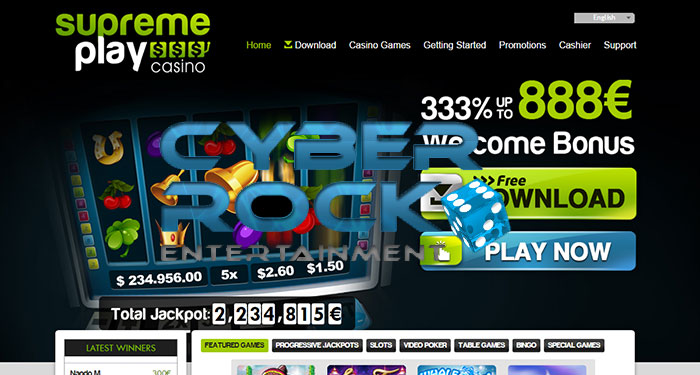 Casinomeister just posted a warning about SupremePlay and 21Grand Casino and players should avoid these casinos at this time. Both casinos are run by Cyber Rock entertainment.

When first contacted, support said the deal directly with the players when there is a complaint which turn out to be false because the players were never contacted after the complaints were filed.

Lately the reports from customer support are that they are too busy to deal with helping these players out and they will get to it as soon as possible.

Casinomeister is also reporting that there have been 11 Pitch-a-Bitch complaints filed in the past 10 months which is way out of control for an online casino.

Half or more of these complaints have been settled but it appears that it was like pulling teeth to get the complaints resolved.

So if you want to avoid having to deal with a lack of customer service and not getting your winnings we recommend that you steer clear of SupremePlay and21Grand Casino.