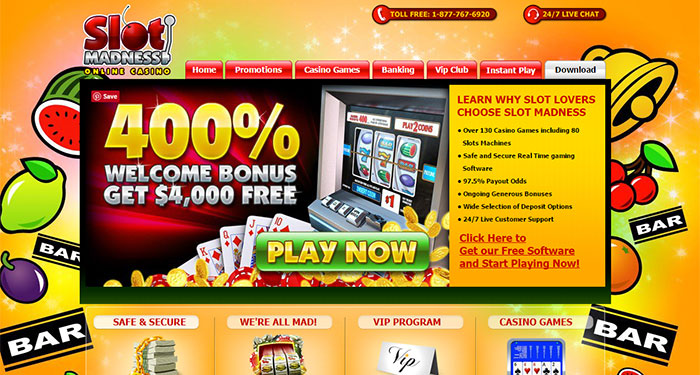 They should’ve named Slot Madness Slot “Maddening” because that’s what players experience when they try to cash out their winnings at this casino.

A player recently contacted us about getting the run-around with SlotMadness.com casino when he tried to collect his winnings of $605US. Not a huge sum of money but still a very nice payout. Well it turns out that Slots Madness and their sister casinos (Silver Oak, Planet 7 and Royal Ace) have a long history of making excuses when it comes to paying their players no matter how large or small the payout request is https://www.casinoplayersreport.com/avoid-slotmadness-online-casino-scam/

The player that contacted us requested his payout on 4/18/13 for $605US. He received a couple of payouts after an extended wait, but nothing even close to the 3 months that this has now taken. He was finally told by support that if he gave them a credit card connected to a checking account they would load that within 72 hours with his winnings, but when he inquired further he received no response from the casino. He stated to us that it is just never ending excuses. He’s been told repeatedly they are waiting for a tracking number. Since giving them his debit card info, they are back to telling him he will receive a check and he’s still waiting for the ever elusive tracking number on that.

We’ve heard this same story time and time again from this casino group and others (Virtual Group). We urge players to avoid playing at Slots Madness and their sister casinos listed above.

If you are in the U.S. and are looking for a casino that has fast payouts look no further than Bovada or Las Vegas USA. You will never have an issue with any of them regarding a payout or anything else for that matter.

Avoid Realbet.eu at this time (Blacklisted)