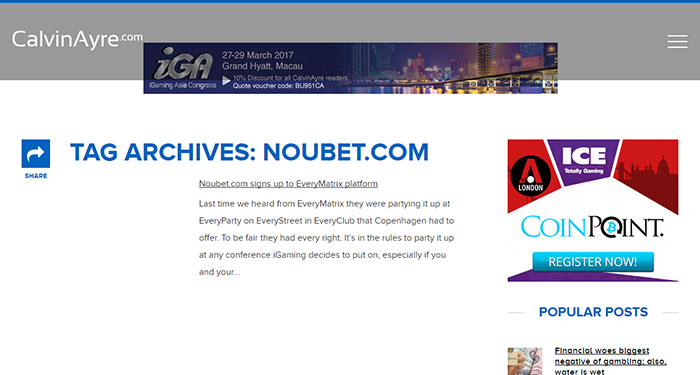 It appears a player that has won €7000 at the Noubet casino tried to withdrawal a portion of their winnings and were immediately locked out of their casino account and were then contacted by Noubets customer service and asked to supply identification documents (normal in this business by the way).

After sending in numerous documents in multiple formats ie. zips, rars, jpg etc. the casino replied that they never received any of these files and when the player decided they had had enough and posted on the internet for help the casino refused further access to the players account by stating “there may be a viruses”.

Eventually Noubet told the player they did indeed receive their documents but since then their account remains locked and support is no longer responding to emails.

Our advice is that players avoid Noubet.com becasue at this time it appears they have scammed a player out of their winnings.

How To Avoid Online Casino Scams

A warning about BetFair.com