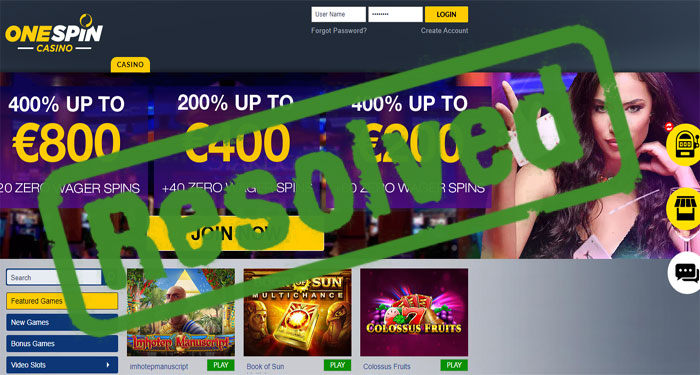 We received this complaint from a player at One Spin Casino…

I won €3000 euros at One Spin Casino which they have refused to pay out … since I won it they let me spend another €700 before saying they were not paying out due to irregularities… which I’m totally in the dark about… I have done absolutely nothing wrong… I’m a hard working guy who likes a bet but this has really hurt me… please help.

Dear Players Report
Thank you for bringing this matter to our attention.

We have investigated the player’s concern and his contested winnings.

The source of the contested winnings are as follows:

Placing total bets equal to or greater than 30% of the value of the deposit currently in play.

The player’s gameplay was audited against the terms and it shows that the player broke the terms and conditions by placing numerous bets of 232.50 EUR on the game The Golden Owl of Athena.

We understand the player’s frustration, however, the terms were not followed and therefore, the winnings were confiscated. The player non-lost deposits were returned to his account balance.

If you require further information, please let us know.

This complaint is now closed in favor of One Spin Casino