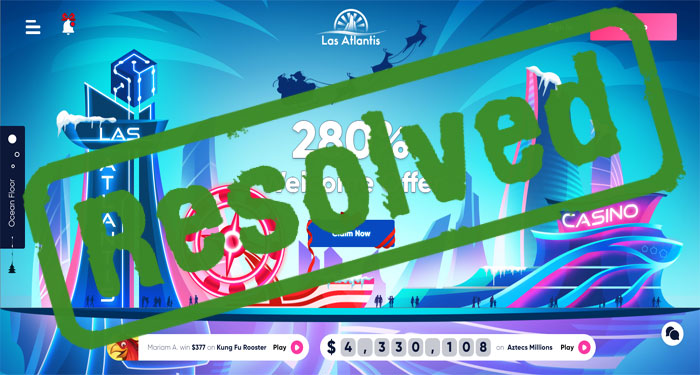 Complaint:
The casino has not accepted by validation forms for withdrawals. I originally sent documents on January 2. The website said they would be worked in 3 business days. No activity until January 12 when I got an email asking for another document. I sent it right away. There has been no activity since then. I have asked by chat 2-3 times and the responses say there will be service, but none so far.

We contacted Las Atlantis Casino and of course they got back to us (as they always do) in less that 24 hrs. with an apology for the delay. Las Atlantis Casino is a great place to play and are one of the top casinos on our trusted casino listings page.

They have been a little bit backed up lately because of their popularity but things are already getting back to normal.